I assumed it was going to be a plea to keep the space more tidy. Or maybe we weren’t working hard enough. As all the instructors lined up at the front of the room, I realized this was more important. Once Matt finished speaking, the class fell under shock. Bitmaker Labs (9 week intensive rails course similar to Dev Bootcamp) has been forced to cease operations as of this Monday.

I’ve always had trouble explaining Bitmaker Labs to anyone not in the tech “let’s accelerate education” discussion. I’ll normally say it’s a full time trade school, kind of like one an electrician or plumber would attend, which usually gives folks a vague understanding of what I’m doing. Definitely too vague though, as I was pulled over at the Canadian Border for this unknown “course” I was attending. Luckily I made my flight from Vancouver to Toronto, where I’ve received the most robust education of my life thus far.

Above: Students studying on their own.

If all goes well, Bitmaker Labs will be up and running in the coming week or two.  The team’s objective right now is to register as a private career college on an expedited basis. Will we have a chance to finish the remaining ⅔ of our course? That is yet to be known. Best case, we’ll get to learn ruby on rails starting next week. Worst case, we will have been the last dev course to live in Canada, until it went the way of the dino due to an education technicality meteorite.

I saw a man in a Canadian Uniform walk by around lunch time today. Must have been the inspector from the MTCU checking up and making sure class isn’t in session. I’m sorry officer, but I will be continuing my education with or without your stamp of approval with my friend Stack Overflow. I may even plan on collaborating with existing students to continue our learning. Throw us in jail for our rebellious behavior. We’re education outlaws causing a ruckus as we build our skills with each commit we push to Github. 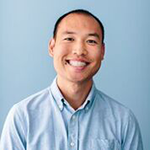